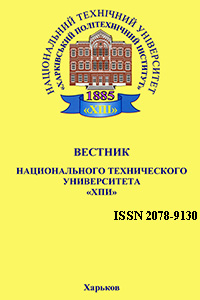 For publication in the National Technical University “Kharkiv Polytechnic Institute” (NTU “KhPI”) Bulletin series: “Dynamics and strength of machines” the articles (including the review), that are not previously published and contain substantial results in the field of mechanics of deformable solids, including:

Journal “Dynamics and strength of machines” has been founded in 1965 as republican scientific and technical proceedings on initiative of A.P. Filippov, academician of AS USSR. Since 2000 the journal is published as thematic issue of  NTU “KhPI” Bulletin. It presents the results of theoretical and experimental investigations in static and dynamic strength, reliability and optimization of structural elements of modern machines and power plant equipment with wide employment of computational mechanics.